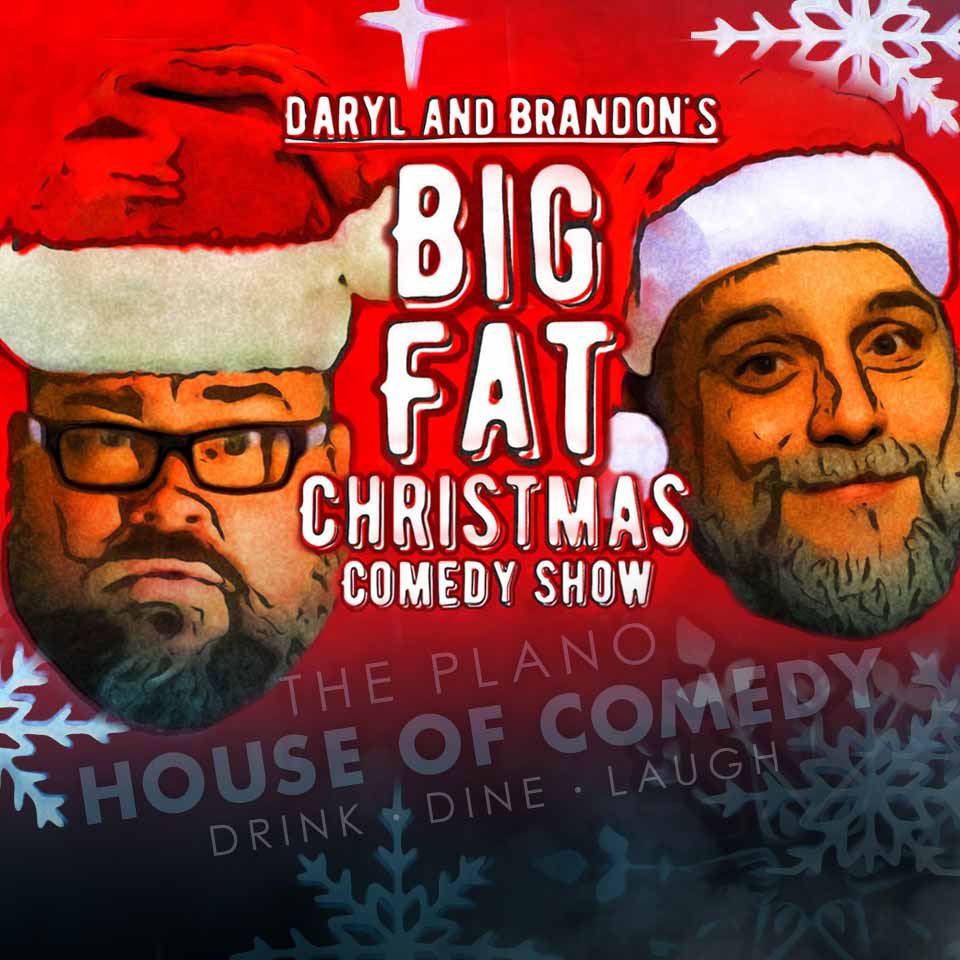 No mistaking when Daryl Felsberg is on stage, this larger than life comic commands a room everywhere he goes. From his stories of his children and life to his discontent about social media and people, Daryl keeps crowds involved, entertained and in stitches! His voice inflection and passion keeps people in the room not knowing what absurd humor is going to come out of his mouth. Whether it’s well crafted and precise jokes or completely improvised streams of consciousness, Daryl makes friends and fans out of all audiences.

October 2017 Daryl released his album Truth or Daryl which climbed to the #3 spot on the iTunes Charts and landed him #19 on The Billboard. In November 2019, he with two other comedy friends shot a special for Amazon called Dad Jokes which releases in May of 2020.

Brandon Davidson is a comedian living in Tyler, TX. Brandon’s comedy is based on his experience as a father, husband and BBQ lover. He's a regular in clubs, casinos and the occasional dive bar across the South. He believes that the movie Roadhouse is criminally underrated. He once used the restroom next to former President Bill Clinton at a movie theater during a showing of Encino Man (starring Pauly Shore). He co-hosts Let Us Be Your Dads, a weekly podcast by Dads about Dads for people that have had Dads. He’s also co-hosted the ComedyBBQ podcast which paired touring comics with tasty barbecue. He’s also a two-time semi-finalist for the Funniest Comic in Texas competition.