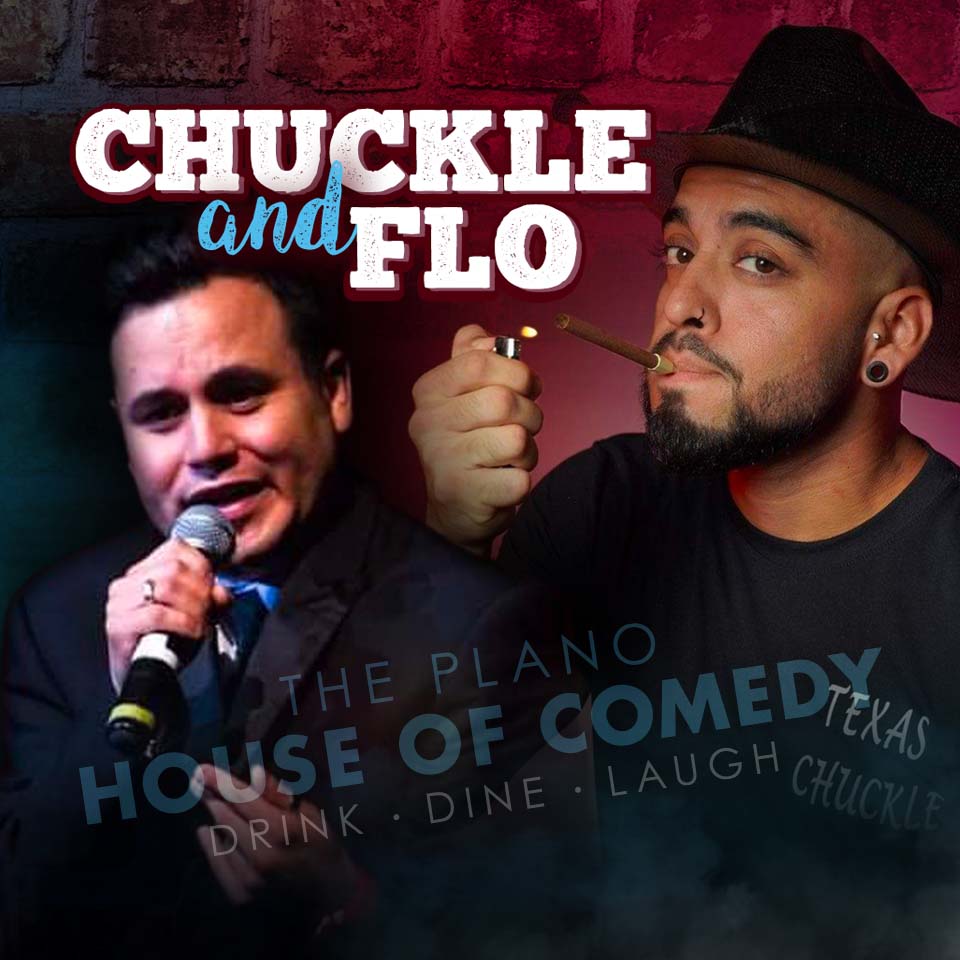 Chuckle and Flo is a fast paced comedy show where no one is safe. Born and raised in Texas, these two bring the spicy side of the All American experience. Brown and proud, but not too proud to use their show to hit the road to escape the kids, be warned, these aren’t your usual “Dad Jokes”. Buckle up, not just because it’s the law but because you’re in for a wild ride once these two hit the stage.

Diego “Texas Chuckle” Morales is from Dallas aka Oak Cliff, TX where the rich culture fuels his views on the world. A father of four girls, his dad jokes will make you appreciate your kids during tax time. He loves to roast, riff, and crowd work with the best of them while also bringing his dark comedy to the stage. Diego is more dedicated to the craft of stand up comedy than his pancreas was dedicated to producing insulin for his body. He has opened for Carlos Mencia, Alex Reymundo, Blaq Ron, Ocean Live, and many more. On November 6th he buried his dad at 12PM and was opening for Mencia by 8PM. Passion, dedication, and sacrifice fuel his comedy.

His one rule during a comedy show, HECKLE AT YOUR OWN RISK.

This Dallas TX native is moving up fast in the world of stand-up comedy. Highly influential, and always controversial, Mexican-American comedian, host and radio personality who is equally well known for his colorful language during his live comedy shows and skits. Flo Hernandez is one of the hottest Latino comedians to hit the stage in years. Known for his family portrait, Tex-Mex cultural spin, quick wit and rapid-fire comedy bits. Flo Hernandez has been featured on numerous TV appearances including NBC's America's Got Talent. He starred in Chris Spencer’s presents “The Minority Report” on Showtime and Bill Bellamy's “Who’s Got Jokes?” and HBO Latino "Entrenos". He won the Texas’ “Funniest Comic in Texas” in 2010. This Texas Latin fireball is a sure shot to have you laughing.
Back to Calendar