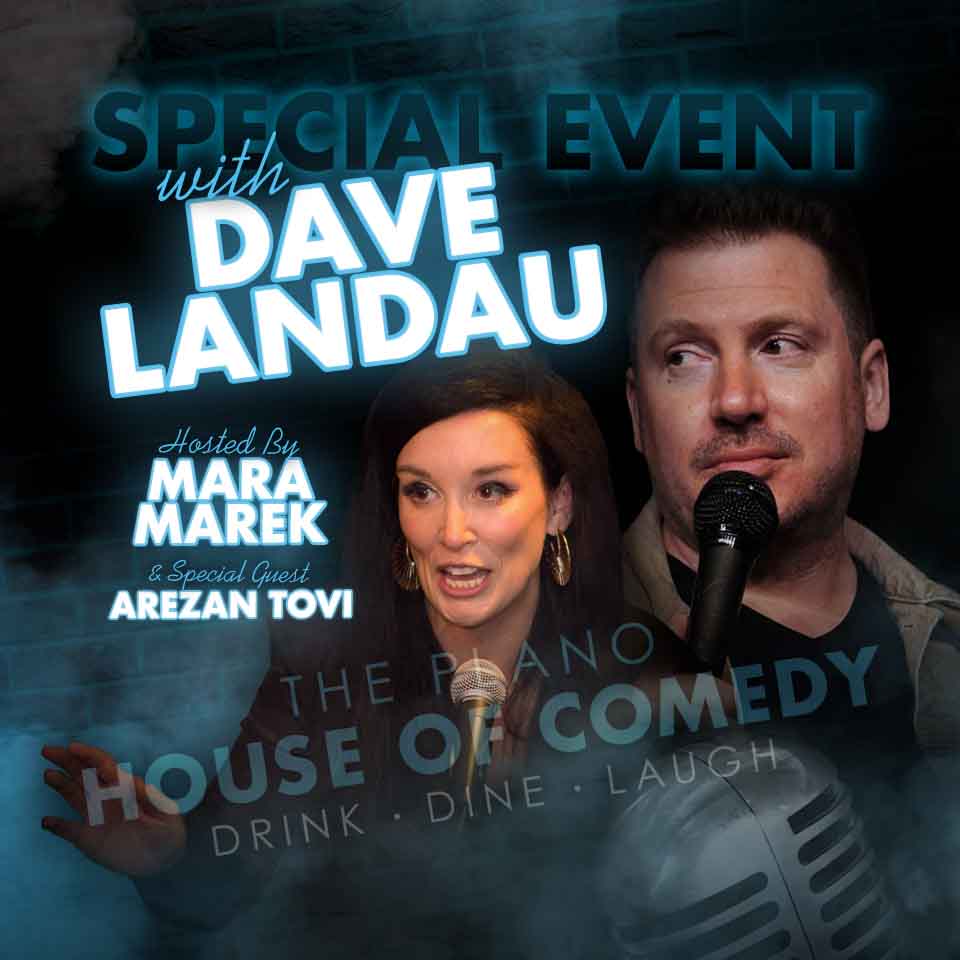 Getting his start in Detroit at the Second City’s Conservatory, Dave Landau has become one of the most in-demand headliners working today. As a top rising comic, Dave’s laid-back demeanor and dark style of comedy landed him on Comedy Central’s “This is Not Happening” and AXS.TV’s “Live at Gotham” 5 times. He was also a finalist on season 8 of “Last Comic Standing” on NBC.

Dave was brought in as 3rd mic on “The Artie Lange and Anthony Cumia Show.” When Lange departed, it became “The Anthony Cumia Show with Dave Landau,” where he co-hosted for two years. Dave is currently 3rd chair on one of the most popular conservative talk shows in the world, Louder with Crowder on Blaze TV, and regularly performs at clubs and theaters throughout the country.

Mara is a comedian and host of the popular podcast Muscle Spasms. A native of Rockford, Michigan, and now a New York City and Plano, Tx resident, Mara Marek has been married three times and engaged seven times (this is not a typo). As an avid cyclist, she has been hit by cars seven times (again, not a typo). Marek recently set out on her tour, Bike Laugh Heal, where she biked over 4,000 miles from New York City to San Francisco, performing in venues all over the states to raise money to prevent domestic violence and help survivors.