Excuse Me, What’s That? 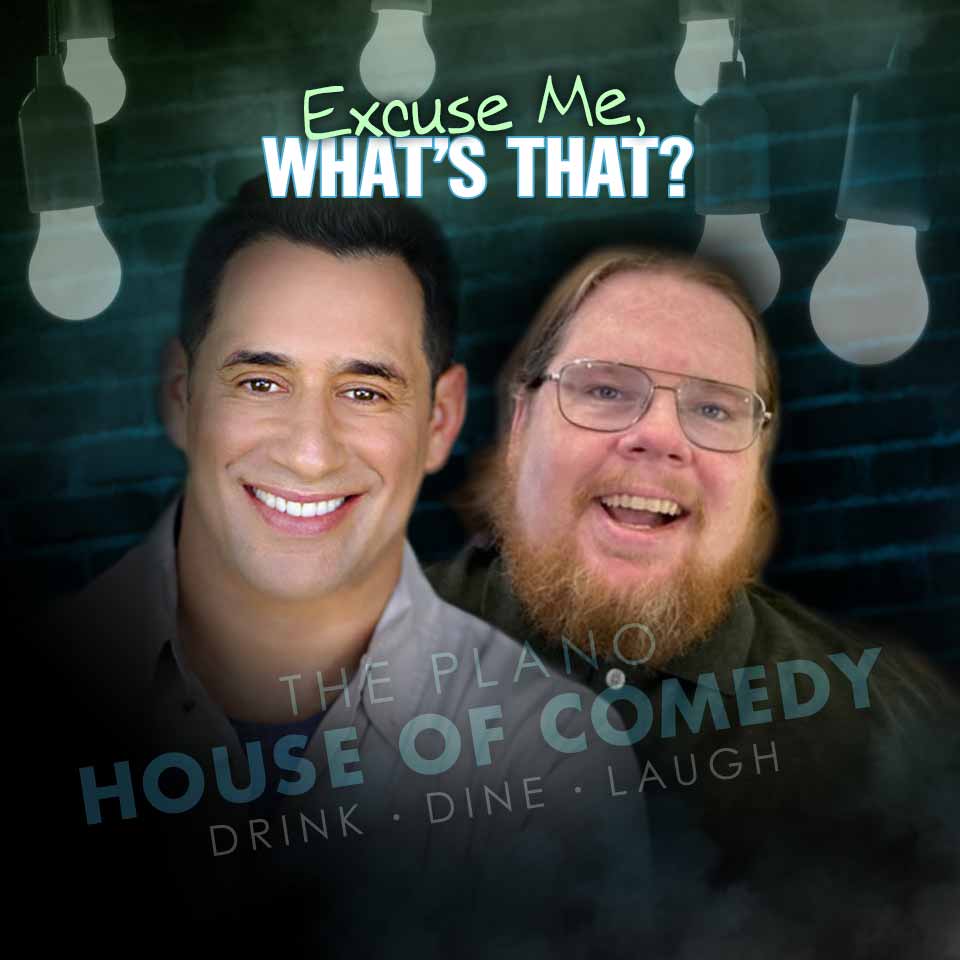 Josh Nasar Is a TV host, standup comedian, and social media personality. He has hosted TV shows for ESPN, MTV, the the highly watched, “What’s My Car Worth” for Discovery Networks. He also acted on the final two seasons of Sons of Anarchy.  In 2021, Josh’s TikTok and Instagram blew up with more than 1.5 million followers and more than 400,000 Million views.

Todd Royce was a professional wrestler for 18 years before getting into stand up comedy. Known as "The American Wet Dream" and "Top Choice" Todd Royce, he toured around North America. After becoming a comedian, Royce was given a Golden Ticket on the popular Kill Tony podcast by host Tony Hinchcliffe and, as a result, has performed at Cobb's Comedy Club in San Francisco and the World Famous Comedy Store in Los Angeles. In 2021, Royce amassed a huge following on Tiktok, currently 700,000 with comedy sketches featuring his catchphrase "What's That...?"