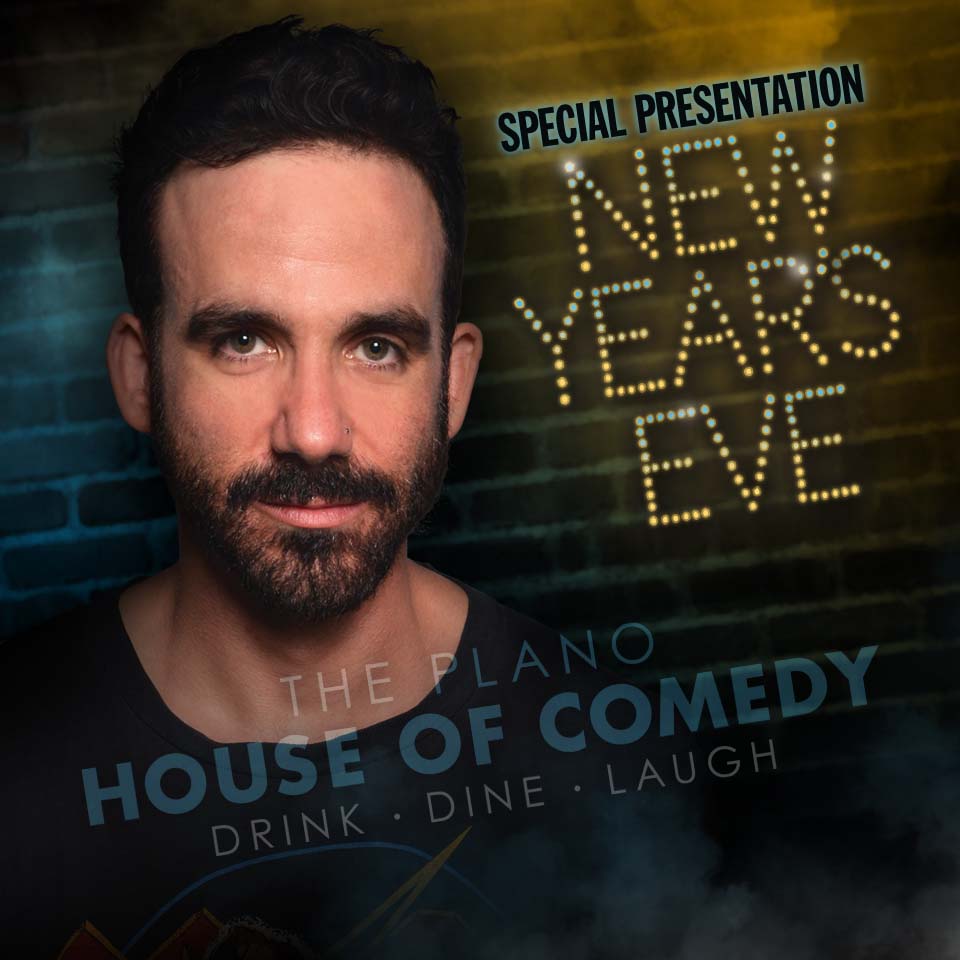 We hope you had a great 2022, and now we would like to help you get 2023 going with some great laughs and fun times at the House of Comedy.

We have 2 showtimes to choose from.

The 7:00pm show is for those who want to get home early to bring in the new year. We have our Dinner and Show option or if you would like to come to the show only that is available as well.

The 10:00pm show is for those who want to celebrate with us at the House of Comedy. The late show will include the following, show ticket, access to our midnight appetizer buffet, party favours and a glass of champagne to bring in 2023.

Hailing from Baltimore, Maryland, Josh Adam Meyers is an entertainer. Mixing standup comedy and musical performances with his band, Josh has been taking Los Angeles by storm over the past few years. He was chosen as a "New Face" at the prestigious Montreal Just For Laughs Comedy Festival in 2013. He also is the Host and Creator of The Goddamn Comedy Jam, a show where every comic gets to be a rockstar.

Born in July of 2014, The GDCJ showcases "A-List Comedians" doing standup sets followed by a cover song with The Goddamn Band, making it the most sought after ticket in Los Angeles. By 2015 the live show was on the road to some of the biggest festivals in North America including Bonnaroo, Outside Lands, Bumbershoot, Moontower, New York Comedy Fest, and multiple night runs at the Just for Laugh Festival. In Aug of 2016, Comedy Central premiered the GODDAMN COMEDY JAM Comedy Special with an All-Star lineup, and subsequently picked up the show as a series, premiering in early 2017.

In 2019, Spotify launched The 500 with Josh Adam Meyers, a podcast that counts down Rolling Stone Magazine’s 500 Greatest Albums of All Time with comedians, actors, and musicians, using facts from the albums and song meanings as a road map to interview each guest. Previous guests include Bill Burr, Jim Jefferies, Wanda Sykes, Kevin Nealon, and Bert Kreischer, all sitting down with Josh to talk about the album and life.