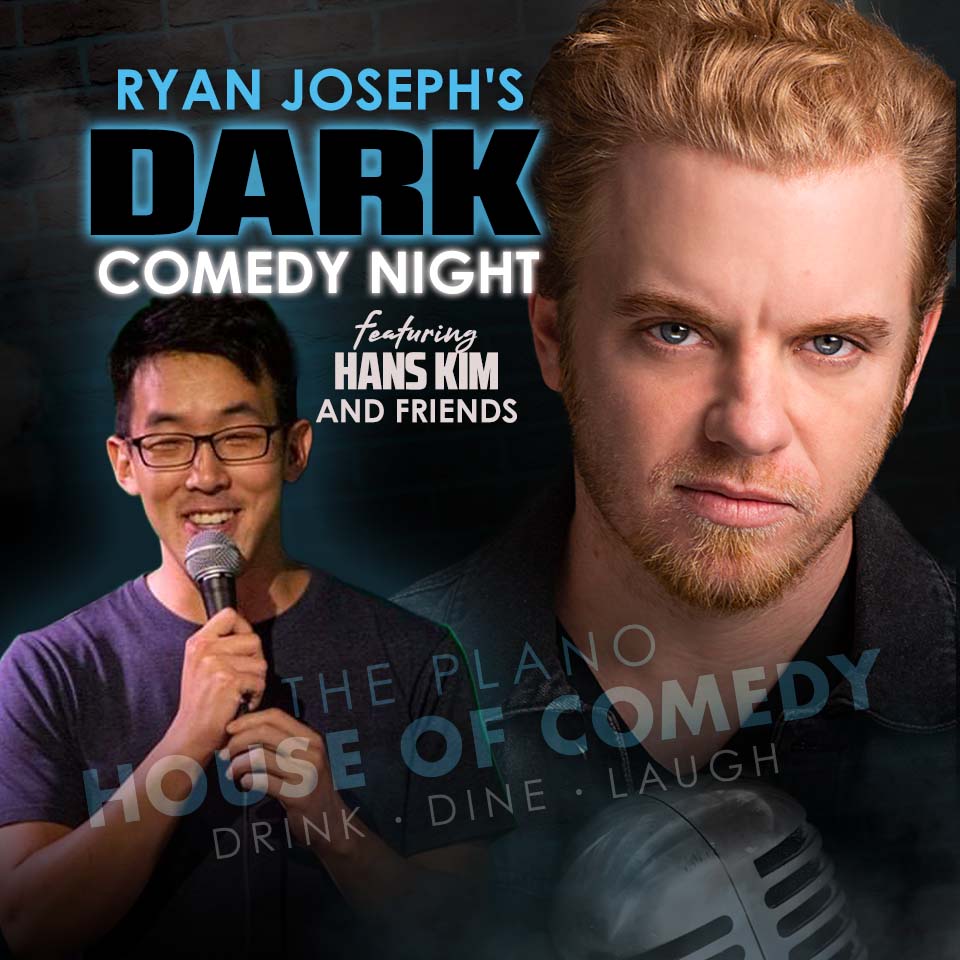 Come get offended by Ryan and his disturbed friends, including Killtony regular Hans Kim!

Described by Joe Rogan as one of the hottest up and coming talents in the country, Ryan Joseph uses the classic one-liner joke structure and off the cuff crowd work to make the dark part of life funny.

Currently based in Austin, Ryan cut his teeth in LA winning the U.S. Comedy Comedy Competition at the legendary Ice House and appeared on Killtony over ten times. He has also appeared on Skankfest, Palm Springs Comedy Festival and has worked with Joe Rogan, Whitney Cummings, Tim Dillon, Kate Quigley, David Lucas, and Jamie Kennedy among others.

Ryan regularly tours with William Montgomery and David Lucas and hosts the podcast, "The Ryan Joseph Show." He also starred in the new upcoming feature "Transubstantiation" premiering on Roku in 2022.

Hans Kim is a regular on Kill Tony and has opened up for Joe Rogan and Tony Hinchcliffe. Hans Kim is a comedian who is a big player on the social networking scene through the website http://www.facebook.com/, where he has amassed over a hundred friends. He is strong both physically and emotionally.
He was voted the 3rd most improved indie one-liner comic in North Seattle, June 2016.