The Magic of Eric Eaton 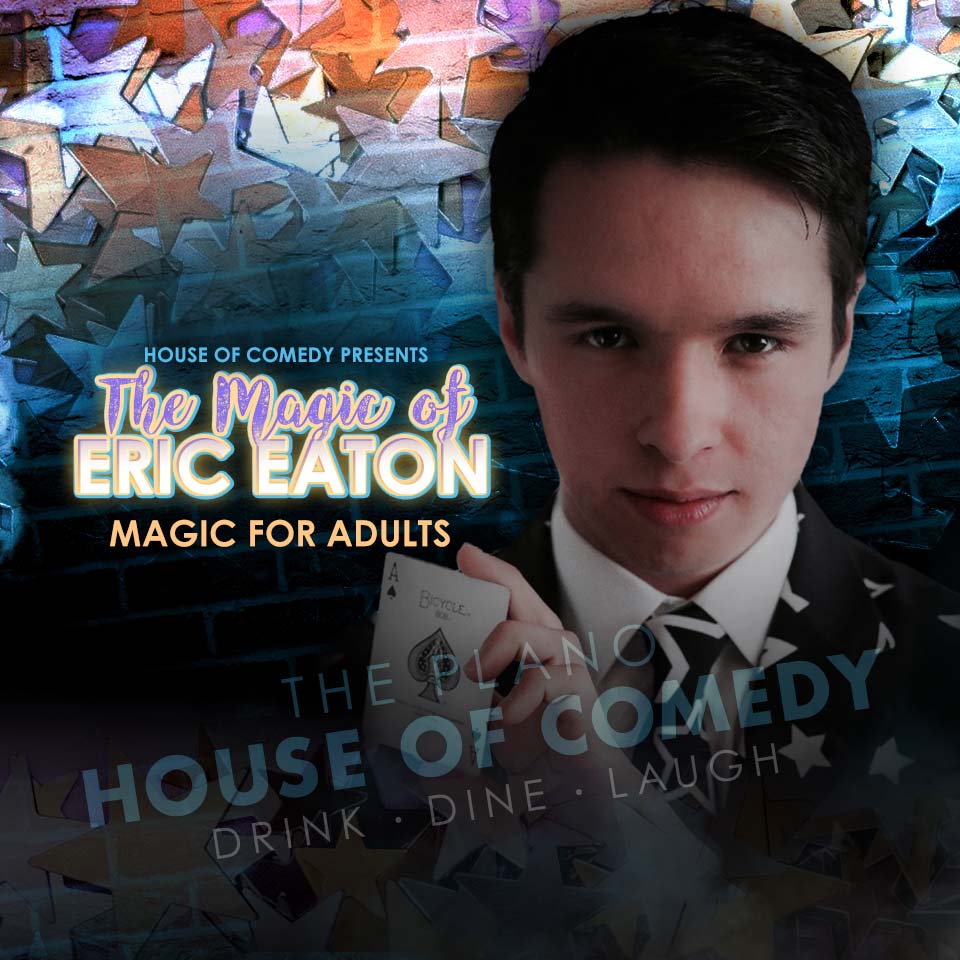 Straight from the Hit TV Show MASTERS OF ILLUSION and MERLIN AWARD WINNER (Oscars of magic)  for Outstanding Magic and Comedy, Eric is bringing his quick wit COMEDY and mind blowing MAGIC to the Plano House of Comedy for an Adults-Only Comedy Magic Show.

Eric has performed all over the United States and can be seen on the hit TV Show Masters of Illusion. Eric has won a Merlin Award (Oscar’s of Magic) for Outstanding Comedy and Magic. Eric has had the opportunity amaze celebrities such as; George Lopez, Lou Ferrigno, Carlos Mencia, Russell Peters, Steve Byrne, Desiigner, and many more in which you can find on his social media platforms; @themagicofericeaton.

Eric puts on a great show that earns him high praise with his unique blend of magic, charm and comedic wit. People referred to his amazing  comedic tendencies and his ability with magic to being the perfect combination for a compelling and  entertaining show. All of Eric’s tricks include audience members. From the show’s start to the incredible finish, audience members find themselves on stage trading barbs with Eric and having the time of their lives!  The interchange is classic entertainment at its best. Be prepared to sit back and laugh at the hilarious and  incredible Comedy and Magic of Eric Eaton! Lol